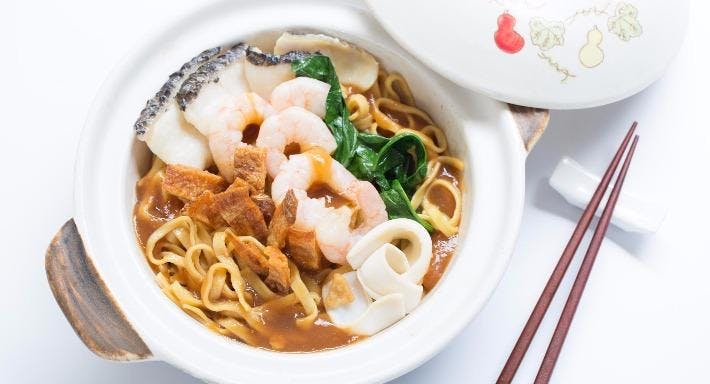 Steamboat. Barbecue. Buffet. Put these three terms on a plate in front of diners in Singapore and a feeding frenzy begins. Chin Huat Live Seafood is one such restaurant that combines all three of these favoured ways to dine, and it’s undoubtedly a pioneer of the concept, with this seafood restaurant in the complex of eateries and wholesale food suppliers down Clementi Street off Sunset Way kicking off the craze way back in the 1980s. The offspring of the late great restaurateur Low Chin Huat, who worked his way from a pushcart-butcher to a prominent business leader in the city’s hospitality scene, to dine at Chin Huat Live Seafood is to dine at the source.

Being able to press your face against the cool glass of a huge aquarium and pick your fish and seafood out wasn’t always a thing. It’s largely thanks to the canny entrepreneurship of Low Chin Huat that such a ritual is part of Singapore’s culinary culture. Recognising that, for one, Singaporeans love seafood and, two, that fresh is best and choice is better, Mr Huat launched Chin Huat Live Seafood to cater to this desire among his fellow gourmands for this participatory mode of gastronomy. Over the years, his flagship restaurant in Clementi, in the warren off Sunset Way, has built a loyal following, and if you haven’t become a Chin Huat loyalist, now’s your chance.

Legendary among Singapore’s seafood restaurant fanatics, Chin Huat Live Seafood’s menus are packed with specialties, invariably made with live fish, shellfish and seafood kept in the large tanks that front the restaurant down Clementi Street. The golden sauce crab uses Sri Lankan crabs, doused in a delicious sauce best mopped up with a side order of fried bun. Those who like their seafood spicier should try the chilli crab or the black pepper crab – both simple and simply superb. Hotpot heads will pop their lids for the braised giant grouper, steeped in broths of various flavours, while those down for some proper luxury will be keen on the Australian lobster served in Chin Huat’s signature superior broth. While there are plenty of barbecued seafood dishes on offer, there are a few meat dishes available too: the crispy Peking duck and crispy roasted suckling pig are classics that speak to Singapore’s Chinese heritage and Low Chin Huat’s humble beginnings as a streetside butcher. Our advice? Gather a crew and head to Chin Huat Live Seafood’s Clementi and Sunset Way premises to celebrate with seafood.