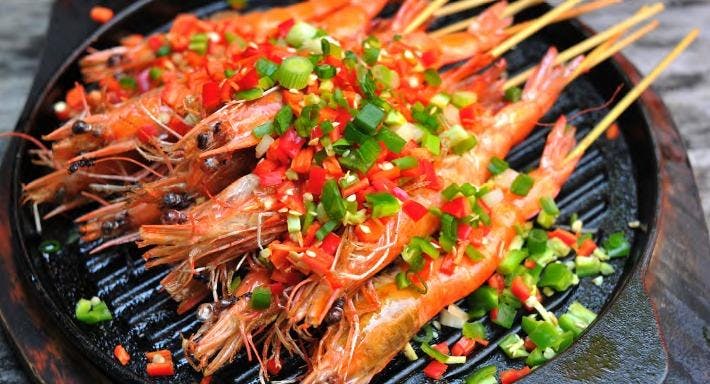 Sichuan restaurants in Singapore are a dime a dozen, but if we had to pick one that’s strictly made for the brave souls who can handle the unadulterated spicy notes of garlic, chilli and peppercorn, Si Wei Mao Cai has to be it. Believe us when we say that this Chinese restaurant is not for the faint-hearted. The signature langzi catfish, along with other favourites like the chilli frog and fragrant pepper chicken will have you breaking into a sweat. Get down to this gem on Mosque Street in the heart of Chinatown, but don’t forget to book ahead.

Can I pay with a credit card at Si Wei Mao Cai 思味冒菜 restaurant?

Does the restaurant Si Wei Mao Cai 思味冒菜 have parking?

Singaporeans’ appetite for spicy food simply knows no limits, and that is probably why Sichuan restaurants have been going from strength to strength across the nation’s culinary landscape in recent years. But a large number of them, as we’ve come to notice, have been watered down to suit local taste buds – leaving the truly authentic ones akin to needles in a haystack. Diehard fans of the cuisine, however, swear by Si Wei Mao Cai on Mosque Street, a Chinatown gem that serves up delicacies from this southwestern Chinese region just the way they should be.

A signature dish and an all-time favourite among Si Wei Mao Cai’s regulars is the langzi catfish; an appetising melange of catfish, black fungus, pickled vegetables, and sweet potato vermicelli with a tingling spiciness made to last – consider yourself warned! You might want to tone it down afterwards with a milder round of grilled prawns; or how about beef with pickled vegetables, served in a fragrant broth? With an extensive menu that covers all bases, there’s plenty to go round the table at Si Wei Mao Cai, so gather your friends and family members down to this Chinese restaurant to sample more of the exceptional Sichuan fare it has to offer. Si Wei Mao Cai is conveniently located a few minutes’ walk from Chinatown MRT station, putting it within easy reach from most parts of Singapore. Reserve ahead for the best seats.