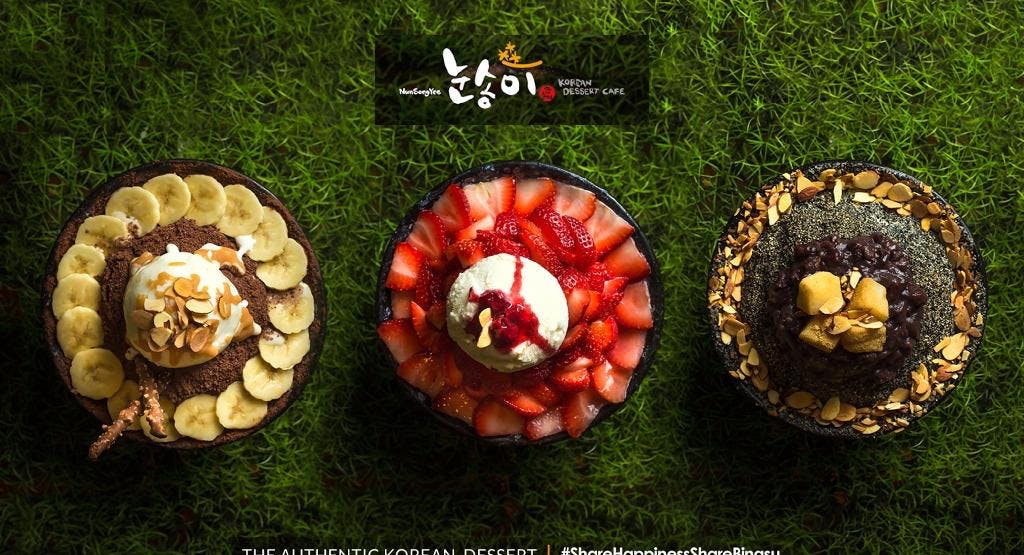 Korean restaurants in Singapore are ten a penny, and the standard is universally very high. Whether you want a do it yourself barbecue, a fiery fried chicken, a kimchi classic or a bowl of bibimbap, then you’ll be spoiled for choice, but if you’ve got a Korean sweet tooth, then you need to get yourself down to NunSongYee in Century Square. They do a mean line in bingsu, a dessert composed of shaved ice and red bean paste and then topped with all variety of sweet treats such as chopped fruit, condensed milk, fruit syrup or Azuki beans. NonSungYee don’t just limit themselves to the quintessentially Korean repertoire, however: they like to take the base bingsu and then go a bit further, adding international influences to the established formula. Try their bingsu with Oreos, cheesecake or with choco banana, alongside the more traditional injeolmi, a Korean rice cake. We could go on and on, but instead we’d urge you to get to NunSongYee in Tampines. Book a table online now.

Reviews coming soon - Reserve and be the first!