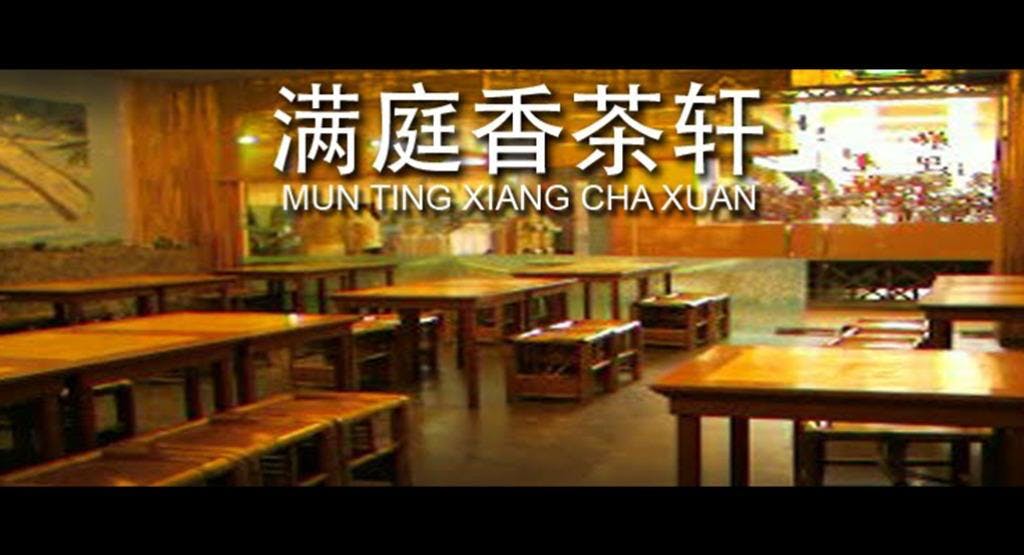 No matter how many times you drop in during a shopping spree at Hougang Green Shopping Mall, you can never run out of tantalising things to try at Mun Ting Xiang Cha Xuan. The menu is extraordinary, jumping from Taiwanese specialties to traditional Chinese standards to pan-Asian contemporary creations. Some dishes make Mun Ting Xiang Cha Xuan seem like many other Singapore restaurants – among them sambal prawn, chicken curry rice and Chinese steamboat soup – but have a good look through their menu at you’ll find gourmet Taiwanese sausage, vinegar pig trotters, prawn porridge, exquisitely crafted super-sweet ‘golden pillows’ (commonly known as coffin bread to those familiar with Taiwanese street food) and a whole lot more. Mun Ting Xiang Cha Xuan is in Hougang Green Mall, just minutes from Hougang or Buangkok MRT stations, and it’s by far the most entertaining eatery in the area.

Food was pretty good and tasty. The ambience is homely and the price range is affordable. The bubble tea is a must try. I ordered the green tea as it is less sweet than the red tea.

Provides Taiwanese dishes... price is all right and so does the food. Service a bit slow as they need more manpower especially during the peak dinner period.

This is a place I will visit again. Everything is good except that the place smell abit oily whenever they do frying in th kitchen. Else the food is good! I enjoyed the food.