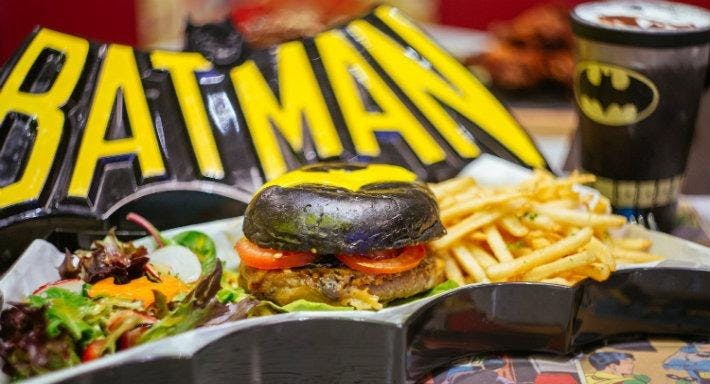 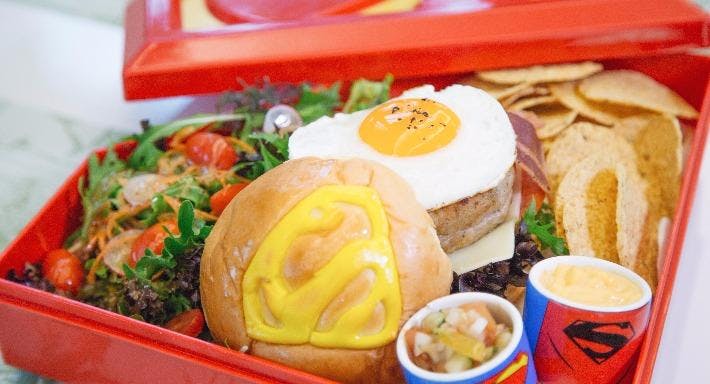 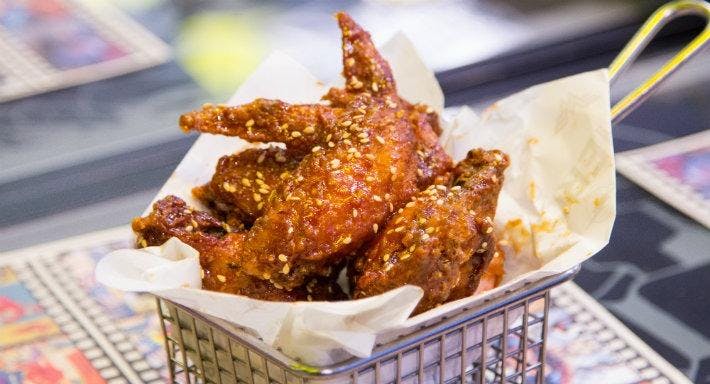 Opening times and services may vary due to COVID-19. For specific information, please contact the restaurant directly.

The DC Comics Super Heroes Cafe is here to save the day for anybody feeling a little peckish around Singapore’s Marina Bay. This is fun, American-style dining whether you’re after a substantial savoury bite or a super sweet treat. Of course, the cafe itself is decked out with mementos of all of DC’s most famous heroes, but it’s still cool and contemporary – only fitting given its location on Bayfront Avenue, at The Shoppes at Marina Bay Sands. This is a unique Singapore experience that you’d be wise not to miss.

Hungry to help out?

Show the restaurant your support and make a booking for a later date!

The presentation was very good. however i felt that the burgers were average

Service is good. Attention to details with cutlery and food. Good experience.

The team at DC Comics Super Heroes Cafe don’t have superpowers, but if they did, you could be forgiven for thinking they have the power to cook super tasty, American-inspired food. This is a buzzing cafe around Singapore’s Marina Bay and there’s rarely a dull moment, whether that be because of people dressed as legendary DC heroes or because diners of Singapore can’t get enough of it. DC Comics Super Heroes Cafe is the only one of its kind in Singapore, thus it’s excellently located – right on Bayfront Avenue at The Shoppes at Marina Bay Sands.

The American cuisine on offer takes in salads, burgers, sandwiches and steaks, as well as loads of desserts. Some super options you’d be wise to check out include the Aquaman vs Black Mentai burger, Planet OA’s green spinach burger or the curious Bat’s Darkest Nightmare, champagne grape topped with fresh raspberries and blueberries. Fun awaits at this quirky Singapore cafe, so get down to Marina Bay and help the DC Comics Super Heroes save the world, one bite at a time.