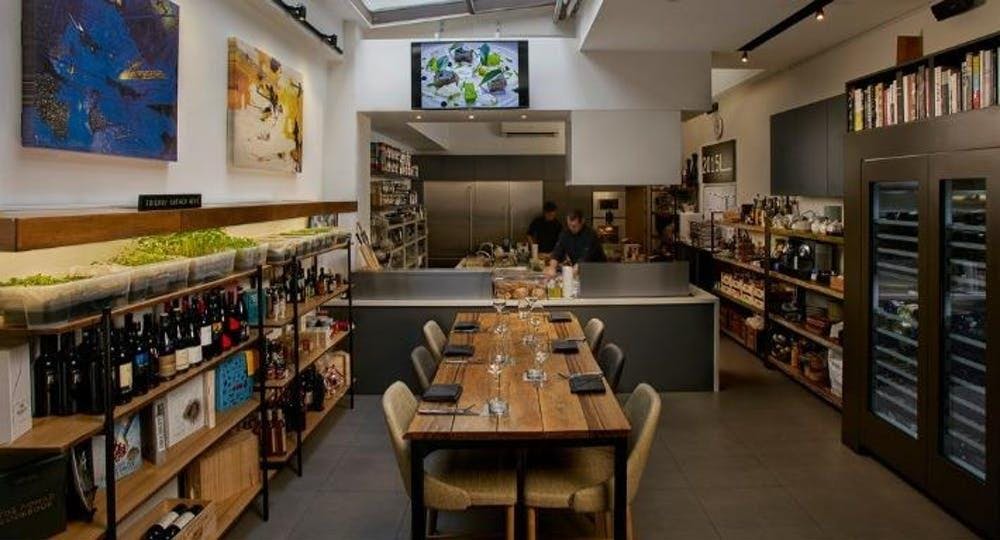 Book online and get cashback with Quandoo Loyalty Points! Every 1,000 points you earn is worth SGD 15.

They say home is where the heart is, but we believe home is where the belly wants to be. And when it comes to a hunger for the finer things, renowned private chef Stephan Zoisl has just the ticket. Chef’s Table by Chef Stephan Zoisl invites Singapore’s gourmets to participate in wildly exploratory, intimate private dining events at Zoisl’s restaurant headquarters down Tras Street in Tanjong Pagar. Dining here takes the form of multi-course degustation with a strong emphasis on omakase-style surprises informed by the freshest produce that Zoisl can source and the awe-inspiring culinary imagination of the man himself. With space very limited at Chef’s Table, advance reservations are essential.Scroll down for more information about Chef’s Table by Stephan Zoisl

– Nutopia (themed culinary event series)
Chef, owner, creative head | April 2013 to presentFor the ultimate dining experience, reserve Chef’s Table by Chef Stephan Zoisl for one of the restaurant’s lavish degustation or omakase experiences. Again, Zoisl’s menus are liable to change at a moment’s notice, which only serves to reinforce their creativity, but you can expect four- to eight-course degustation menus each cleaving close to specific ingredients, culinary themes, or simply Chef Zoisl’s favourite dishes du jour.Take a look at Stephan’s four- to eight-course menu sampler.
Please note that this menu will change regularly. Please contact the restaurant directly for more information.The precise makeup of these menus remains enigmatic until you’re seated and indulging – this is the delicious essence of omakase – but whatever you end up eating when you visit will undoubtedly be delicious and unique, and it’s probably the most accurate glimpse you’ll get in Singapore of the current cutting-edge of contemporary cuisine, not to mention the very future of cooking.